15 December 2010
KASESE district is finalising an internet-based, facility, the first of its kind in the Rwenzori region, that will enable the district administration and her stakeholders to electronically share information online.

This will enable the district administration to store, retrieve and disseminate various documents among stakeholders in and outside the district, including central government and the donors.
The facility, known as the electronic society (e-society) centre, is housed in the District Information Office. It also comprises an electronic library (e-library) where the district will upload and retrieve its documents including procurement and job application information, development plans, budgets, various reports, minutes of council and departmental proceedings. 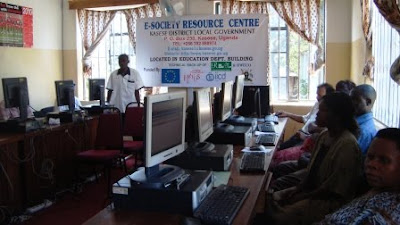 The facility based and managed by the district, is funded by HIVOS, EU and IICD through the Rwenzori Information Centres Network (RIC-NET) under the RWECO project in the Rwenzori Region. 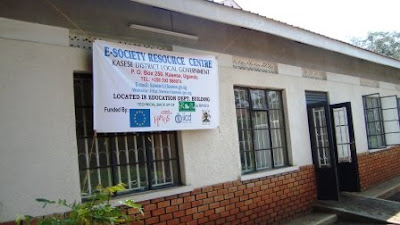 The e-society and the e-library can be accessed via the district website, http://www.kasese.go.ug, which RIC-NET has also helped reactivate.

"The facility is so far the first of its kind in the Rwenzori region," the RIC-NET programme manager, John Silco Muruga, said at Hotel Margherita in Kasese Municipality on Friday.
Posted by Kasese District News at 17:03