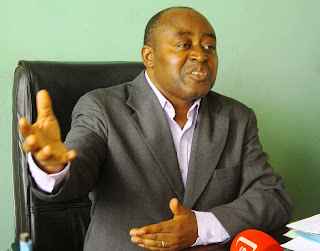 kasese:  Yira republic has been a word that has caused chaos in the entire Rwenzori where every attack done in the region many people say those people want an independent state instead of attributing the fight to affecting factors and marginalisation in the Rwenzori region.
“According to how popular I am and how my subjects responds to me when I speak if I tell them that we are aiming at Yira don’t you think it can be a terrible situation in Rwenzori but we don’t have any idea about it” Omusinga said.

In a press briefing with other kings who had visited the palace Omusinga attributed the Yira issue on those Bakonzo who are in Eastern Congo and are marginalized by the country since most of them subscribe to Uganda and more services are got from Uganda.

He added that as a kingdom they have no a gender of making an independent state which but whoever wants to fight the kingdom have continued to use the Word Yira so that the president can look at the Bakonzo as bad people.

“How can I fight the government do I have that capacity, even the president whom I call him my counterpart went to the bush because he could make it when he is still in the country when other leaders are looking at him like that, why have not run away if I want another state as the president did it” Omusinga asked.
Most of the people in eastern Congo have for years been subscribing to services in the because congo government doesn’t mind about them so such marginalized people have continue to ask to part from Congo but nothing has been done to address their problems.
Omusinga added that it took long to recongnise the obusinga not because the government didn’t want but the enemies of the kingdom have continued to attribute Yira to the Bakonzo in Uganda, those enemies have continued to design maps, and create its cabinets so that when one looks at it will feel as if its true.
“We always hear the word Yira from people coming from Kampala and the Maps drown for Yira are designed from there but my subjects and my cabinet ministers in the kingdom have no a gender but the president has listened to those people in Kampala and take it as serious things which are malicious statements that injures the reputation of the kingdom” Omusinga Mumbere said.
“I love my people and I don’t want them to die that’s in 1962 I left the bush mountains and told my subjects to end the war and Go back to school to fight ignorance and agitate for peace in Uganda” Omusinga further said.
However in the press briefing held at state house Njara in kabarole by the president one journalist asked him about Yira Republic he told them there’s a certain group of people in DR Congo agitating for an independent state giving an example of the other banyakole in Congo such can be in Congo but not Uganda.
“if they want to make a state in congo let them talk to Joseph Kabila but here in Uganda no single drop of  sand will be given out” Museveni said.
End.
Posted by Kasese District News at 18:02