Internet is a right to everyone

East Africa, across all countries in and outside Africa. The two day forum in internet freedom has come to an end in Kampala. a number of issues, initiatives on promoting, guiding and protecting internet users have been discussed. according to hon. Vincent Bagiire, the chair of ICT committee in parliament of Uganda has advised all internet users that, internet can only be useful if its used well. All people are encouraged to exercise their freedom, access and share information through the internet. the forum.There are a number of policies and laws that protect the internet users in Uganda.All citizens of Uganda, the media are all encouraged to use the internet through all the available resources. however, we are encouraged to not to misuse it because this could lead to leagal implications. great thanks to CIPESA, Open technology Fund, Hivos, Ford Foundation, UNESCO and many more organizations for organizing, facilitating and moderating the Forum
Posted by Kasese District News at 15:46

Are people free to use the internet 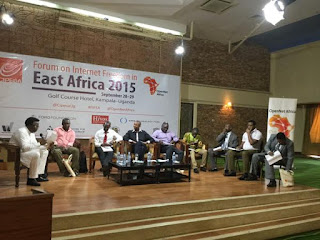 Throughout Africa, there has been a question of Internet freedom especially the social media. A two day Forum on Internet freedom in East Africa is on going at Kampala Golf course Hotel. a number of delegates across Africa and outside Africa have gathered and a number of issues are being discussed on how there can be freedom of expression through the social media (Facebook, whatsup, blogs, twitter etc) and some issues have been pointed out.
1.Across African countries, there has been some suppression, threats and intimidation on some people while expressing their view over the internet especially issue pointing out government performance in different sectors.
2. I has been seen in some countries where internet, Facebook and other online systems have been disabled during elections.
3. Torture of journalists has also been seen as another problems, in short
4. Many social media users especially on Facebook and whatsup get exited and end up posting wrong Or Insulting Or bad information on the media.
Heads are being put together on how people can be empowered with freedom of using well the social media on how to positively share their views with out interference especially during such sensitive times of elections.
You can follow the discussions on https://twitter.com/hashtag/fifea 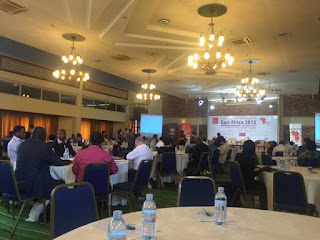 Posted by Kasese District News at 15:44


By; Samuel Mumbere
On a 5 days home to home visitation, last week from 17th August to 21st August 2015 Kasese District Local Government, was conducting a survey in different areas across the district. The survey that covered at least 20 sub counties, Kasese Municipality and Mpondwe Lhubiriha Town council was more focused on reproductive health, Child health, people’s awareness about Malaria, STIs, HIV/AIDS, sanitation and infrastructural development.
Seven categories of people were interviewed in every village by random sampling. The categories are; an OVC, a mother on a child 0-11 months, a youth 15-24years, a woman 15-49 years, a man 15-49 years, a mother of a child 12-23 months and a mother of a child 24-59 months
Among sub counties in Bukonzo west that were visited are
;

Most of these areas are mountainous. During my visit to these sub counties, I made the following key observations
Most of the villages especially mountainous areas have a health Centre nearby, a school both government and private with in at least 2km vicinity, have good marrum access roads nearby and piped water within at least 2Kms of every village.
It was also observed that at least more than 70% of the people live in permanent and semi-permanent houses with at least a well-built pit latrine.
It was observed that most of the people i.e the youth, men and women know about HIV/AIDs, STIs and malaria, but are so reluctant on issues of prevention and cure
It was observed that there are less cases of mal nutrition in both children and the old though people do not care much about good feeding.
It was observed that at least the biggest percentage of the mothers go for anti-natal care and give birth in health centres.
It was observed that people careless about personal and hygiene, but are averagely healthy on their bodies.
It was also observed that more than 90% of the people take un boiled and un treated water.
It was observed that people eat at least 2 meals a day and have a few economic activities that sustain their livelihood.
According to the Sub county chief of Karambi Sub county Mrs. Masika Ruth, Most of the people in Bukonzo west are a little bit better off only that community needed to be sensitized more to take issues of education and hardworking more serious because most of the youth are still getting very much engaged in alcoholism, sexual promiscuity, early marriages, school dropout rates and laziness.
We therefore need to thank government for the good works and standards of living. We encourage everyone to take concern on participating in improving people’s livelihood to the grass root.
Ends
Posted by Kasese District News at 12:25