The European Union Delegation in Uganda has earmarked over Sh. 1.6 billion to fund a 3-year Community Action to Prevent and Manage Conflict and Human Rights Violations project in the Rwenzori region.

The project is to be implemented by the Rwenzori Consortium for Civic Competence (RWECO) in collaboration with Hivos-Netherlands, Jimmy BalukuOdyek the project Coordinator told the press today.

“We have received Euro 472,500 and equivalent of Ug. Sh. 1.653.750.000 to run a three-year project to sensitize the people on how they could prevent or manage conflicts and human rights violations in this [Rwenzori] region”, Odyek said.

He said that the project is built on the premise that the Rwenzori Region is synonymous with conflicts since 1921and government responses to them have either been political or military while community actions have not been recorded as a means of conflict resolution and yet the communities suffer much the effects of the conflicts.

Speaking to the press at RWECO offices in Kasese town, Odyek noted that when conflicts break out, lives are lost and property destroyed and social life is disrupted ending into a threat to food security as well.

He said that women, children, people living with disabilities, the elderly and the youths are the most affected groups when conflicts break out.

The Rwenzori region of the country is just recovering from a bloody and property destructive post-election conflict especially in Bundibugyo and Kasese districts during which at least 30 people lost their lives.

RWECO is a consortium of Rwenzori region based NGOs including Karambi Action for Life Improvement (KALI), Good Hope Foundation for Rural Development, Human Rights and Democracy Link Africa (RIDE- AFRICA)  and Rwenzori Information Centres Network (RiC-Net) which will implement the project in the districts of Bundibugyo, Ntoroko, Kamwenge and Kasese to develop local initiatives aimed at preventing and managing conflicts.

During the project, 40 Foot Peace Ambassadors from 20 sub-counties are to be trained.Under the project, the three Cultural Institutions in the Rwenzori region including the Obusinga bwa Toro Kingdom, the Obusinga bwa Rwenzururu and the ObudhingiyabwaBwamba will be equipped with Electronic equipments for sending peace massages to the people in the region.

The cultural institutions will also be encouraged to work alongside the Interreligious Council of Uganda to preach and send peace messages to the communities.

Three classrooms and an office blown off


Three classrooms and an office at Kyabikuha primary school in Maliba sub-county in Busongora north constituency have been blown off in a windstorm.
The incident happened last evening when the heavy windstorm swept across the area inflicting a big damage to the structures of the school, the head teacher Leonard Monday said.

According to the Monday,  the school has a pupil population of 522 saying he is worried that the remaining classrooms may not accommodate the pupils.
Schools in the country are scheduled to open for the third term on September 26.

The pupils at Kyabikuha primary school will have no alternative  but to study under tree shades which is dangerous to their lives , the head teacher says.
The head teacher appeals to the MPs, the NGOs and all well wishers to come to the rescue of the school before the term begins.

He says the incident had prompted him to call the parents to convene for an emergency meeting on September 20 to discuss how to handle the situation.

Posted by Kasese District News at 17:41

The prolonged dry spell is responsible for the food shortage in various parts of the country, DENIVA,a prominent Human Rights NGO in Uganda has observed.

DENIVA is implementing a project on climate change adoption in agriculture.

Under the project, DENIDA funded by USAID has organized a climatechange week in six districts including Kasese, Kamwenge, Ibanda, Kamuli, Jinja and Mayuge to create awareness on climateadaptation.

In Kasese district, the project is being piloted by Foundation for Urban and Rural Advancement-FURA in the sub-counties of Karusandara and Maliba to help farmers understand its effects and opportunities.

RaubenMbauta, the Chief Executive Office FURA today told this reporter that a number of activities to show-case the results of Climate adaptation in agriculture aiming at increasing awareness among the farmers and the leaders have been planned.

Mbautasaid that State Minister for Agriculture, Hon. ChristopherKibanzanga is expected to preside over an exhibitioninvolvingmessages, literature, presentations at Kamaiba Youth Center in Kasese town between September 21 to 23 September this year.

Posted by Kasese District News at 17:38

Today in history September 15, 2012 a Student of Kampala high was expelled over gay issues

Today in history September 15, 2012 a Student of Kampala high was expelled over gay issues.

A student of Kampala High school-Uganda was expelled indefinitely for allegedly engaging in Homosexuality, the act that is prohibited in the country. 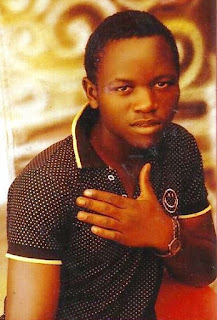 Reliable sources whose names are withheld on request told the news reporter that SulaimanKilwana was caught ready handed having Homosexuality at the institute Hostel.
The student was reported to the school administration that later preferred an indefinite suspension to him as one way of discouraging the vice to the other students.
“Sulaiman Kilwana was punished by torturing to nearly death before they suspended him,” a class mate at the school Gilbert Tuhimbisibwe confirmed the information.
The suspect and another FaridKawesa, a student at Makerere University were allegedly chased by residents after they were discovered kissing each other in broad day light.
According to SulaimanKiwana while interacting with him on why he decided to join Homosexuality, revealed that he hails from a poor family back ground and that by engaging in Homosexuality, he was able to get little money which he said helped him raise school fees for his young brothers and sisters, as well as catering for his elderly parents.
The Uganda Anti-Homosexuality Act, 2014 (previously called the "Kill the Gays bill" in the western mainstream media due to death penalty clauses proposed in the original version) was passed by the Parliament of Uganda on 20 December 2013 with life in prison substituted for the death penalty.
The bill was signed into law by the President of Uganda on 24 February 2014. On 1 August 2014, however, the Constitutional Court of Uganda ruled the Act invalid on procedural grounds.
The Act, should it take effect, would broaden the criminalization of same-sex relations in Uganda domestically. It also includes provisions about persons outside of Uganda who are charged with violating the Act, asserting that they may be extradited to Uganda for punishment there. The Act also includes penalties for individuals, companies, and non-governmental organizations that aid or abet same-sex sexual acts, including conducting a gay marriage.
Same-sex relationships have been illegal in Uganda since British colonial rule – as they are in many sub-Saharan African countries – and before this Act was passed, they were punishable by incarceration in prison for up to 14 years.
The Act was introduced as a private member's bill by Member of Parliament (MP) David Bahati on 14 October 2009. A special motion to introduce the bill was passed a month after a two-day conference was held in which three Christians from the United States asserted that homosexuality is a direct threat to the cohesion of African families.
END

Posted by Kasese District News at 17:35