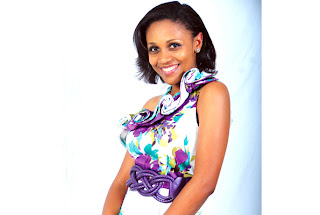 The norm is that Kenyans come over here and take the jobs. But maybe, this trend could be flipped over if Ugandans so wanted. How else would a relatively upstart TV presenter have landed herself a job there on a relatively bigger TV station? Eunice Rukundo writes


The closest I have come to Joy Doreen Biira is watch her on television. And more recently, speak to her on phone and exchange a few emails. On television, I did not get her at all, probably because I only stumbled upon her as I flipped my way to the television stations more prominent than the relatively new NBS she featured on. I must actually confess that I only began to notice her when word started to go round about the light skinned beauty on NBS that was becoming a sort of media darling.


Around the same time however, the Rwenzururu sensation seemed to disappear as suddenly as she had appeared about five years ago. But, Biira did not re-appear MCing at gigs or any such business as her colleagues that tried and left television before her did. No. She re-appeared on television, only this time in a bigger better way.
The eye-catching 26-year-old that first featured on that arguably inconspicuous NBS television is now being shown across the border in Kenya on the far more prominent KTN television station. “I’m a Prime Anchor and Reporter with KTN Kenya; have been since late December 2011,” she says.
Just collecting her dues
When she had just started at KTN, Biira admits she did sense some disapproval. “There were mixed feelings about whether or not there weren’t options in Kenya,” she says. Some might have even thought she had been offered the job for her good looks, as her former co-presenter on NBS TV, Shawn Kimuli, admits he first thought.
“I honestly thought and hoped she wasn’t one of those beauties without brains they had given me for a co-presenter when I first saw her,” admits Kimuli. Without deliberately going out to disapprove the impression she did not know about, Biira soon showed Kimuli why she was on the job, even though she was still a student, moreover studying Information Technology.” I found she works hard, is intelligent, ambitious and really purposes to get what she wants, nothing like most beautiful girls who wait for things to come to them on account of their good looks,” testifies Kimuli.
In her new job too, Biira is sure she has convinced them she is worth the job. “Later, I think they changed their minds after they watched me anchor; either I’m doing a good job, I look Kenyan or I’m just a lucky girl,” she reasons cheekily, adding that she has been credited by professionals there for bringing warmth, professionalism and intelligence to the station.is S


It will, in fact, appear that the deal in the region’s biggest economy (Kenya) better known for producing rather than sourcing for skill, was majorly due to her work. “At the time, I had offers from local stations I will not mention back home too and in Ghana with TV3. None of them were responses to applications. TV3 said they were in attendance the time I was speaking at the Woman Summit in Ghana in October 2010 and read my profile on Wikipedia and considered employing me,” she reveals.
Big as her new stinct might appear to us Ugandans back home who are more acquainted with the Kenyan labour flocking our job market and not the other way round, Biira says she is only beginning on her journey to achievement. “Only after I work for an international news channel will I hang up my gloves and help those who want to get to where I have been. Until that happens, I will keep doing this and more in the media world,” she vows. In the meantime, she looks to pick on CNN and ABC’s Christian Amanpour’s passion, and Richard Quest’s energy.

A reserved force of determination
Talking to her on phone recently, I got the impression she was guarded, reserved and quite careful; she did not honour our deadline to have my questions answered and when she did answer them, it was unhurriedly. It was as if she were buying time to make sure she only offered me answers she would not regret.
She admits to being “a little reserved, like my space and not the kind who wants the world to notice my presence wherever I go.”
But, do not be deceived; within the confines of that reservation lies an energetic determined force that saw Biira sneak into Mass Communication classes at the university in search of her dreams. “I applied for Mass Communication at the university, but I was offered my third choice, which was BSc Information Technology. Media was however, my first love,” she recounts.
The love she says might have stemmed from early exposure to information by her parents has been driven by a desire to “truly serve” the people.
“Journalism has allowed me the chance to express the minds of the voiceless while informing the world of what is happening. Being a true servant of the people gives me satisfaction and that is what journalism is about.”

http://www.monitor.co.ug/Magazines/Full+Woman/Doreen+Biira+representing+across+the+border+on+Kenyan+television/-/689842/1481492/-/17qxfz/-/index.htmlSo far, the closest Biira feels she has come to achieving this desire has been in a coverage on Somali refugees in Daadab in Kenya, which she says has continuously broken her heart. “However, I haven’t been satisfied with that one story. I have interviewed and spoken to people who I think have given answers to the masses including among others President Museveni on environment and infrastructure. But, my ground-breaking story is yet to come,” she promises.
And who is to say that Biira may not one day grace the same screens as her idols, let alone fulfill her dreams?
Well, speaking for myself, all I can say is that we are proud and wish you Godspeed as you hold the Ugandan banner high on your way up. Go, Biira!
Posted by Kasese District News at 10:51